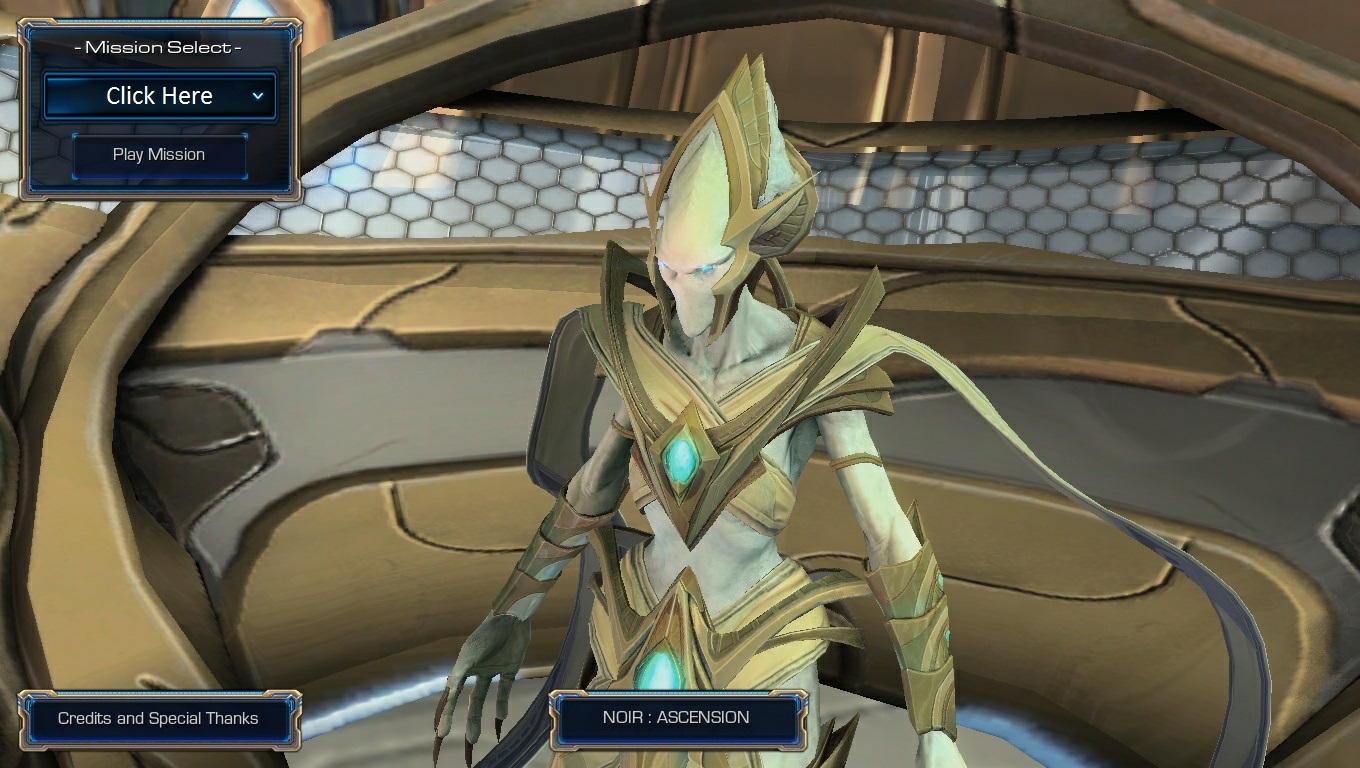 Set 3 months after the final event of [Noir:Automata]

With Highlord Alarak death on the first year of the Purifiers War,

At that time, the Tal'darim employ many Terran's mercenaries.

Resulting culture exchange and even absorption.

On the second Year of the war, Ji'nara's First ascendant Ru'waka betray her.

Left her to die in the hand of the Purifiers's Titans.

Not long after, Ru'waka ascend the throne and became Highlord.

3 months passed since the final event of Noir : Automata.

Bay Ar, once a proud warrior of the Tal'darim.

Upon announcement that the war is over, for unknown reason decide to left the A.C.C.

This is my 5th [fifth] Starcraft II custom campaign project. Unlike the previous Noir where the campaign was very heavy on micro mission, current campaign will be divided equally between macro and micro missions.

For those wish to see the preview can go here :

For those having trouble, Hockleberry made a step by step tutorial on how to, get it here :

How to play custom campaign

Find it too easy or too difficult?

Have ideas that could further improve the campaign?

Or simply just wants to talk about it.

For those interested to play the custom campaign in Russian

What is the Custom Campaign Initiative?