Versions of all Multiplayer non-robotic Protoss units of opposite gender. Contains also V2 versions of Adept, Archon and Zer'atai Dark templar that I made before. These versions are slightly edited and rescaled, so that if they are used with the same scale as original units, they should have proper size.

- Unit models of all infantry units except Stalker & Sentry + alternate version of Lenassa Dark templar based on portrait colors.

If anything is missing, please let me know, thanks.

For others the lighting is the same as male couunterparts.

Ingame comparision of original models and their counterparts of opposite gender: 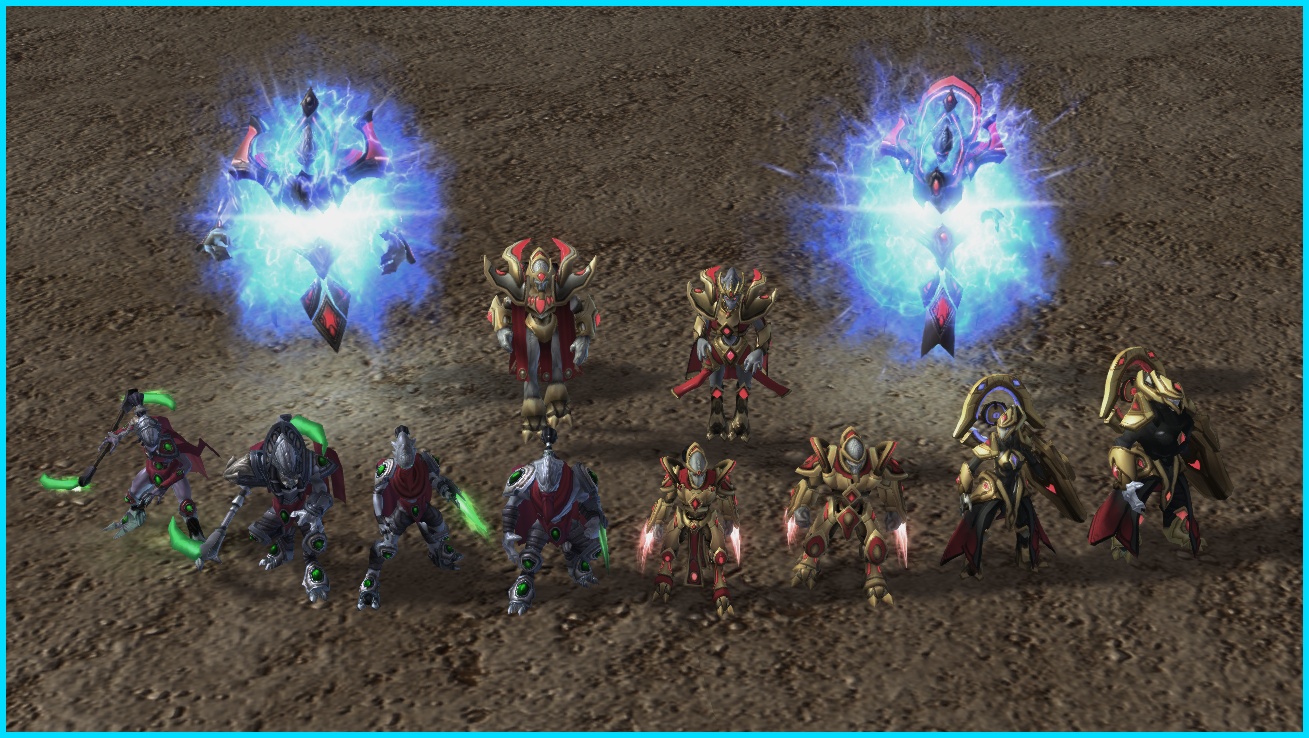