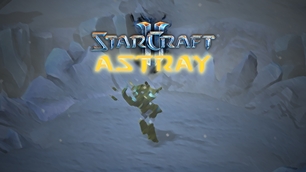 Step into the armor of a protoss hero as you try to protect your crew and rejoin the Golden Armada.
Unleash powerful abilities on your foes as you fight for survival in a hostile environment full of strange creatures and even stranger mysteries.

*There is no difficulty slider, but the overall difficulty varies between easy and medium.

I appreciate all constructive feedback,  so feel free to share your thoughts on the map here in the comments. This map is also available in the StarCraft 2 Battle.net Arcade in the Europe and Americas regions, so feel free to rate it and leave some feedback there as well.